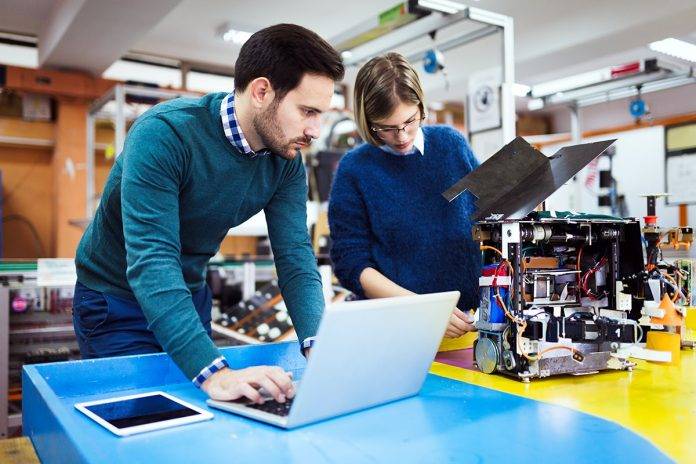 Fear-based leadership is easily identified by its dehumanizing tactics: bullying, shaming, yelling, fear-mongering and more. What’s a lot less obvious is the harm it causes.

“I became very stressed and paranoid to the point that I would fall asleep, stressing about work, and wake up stressing about work,” said one executive who previously worked under a toxic leader in the financial sector. “There were moments where I wanted to vomit, I was so scared,” said another employee in a creative industry. “We always felt trapped and in danger.”

“People will just grind through employees to get what they want,” says Jason Dorland, an Olympian, author and partner at Your Mindset: Coaching and Consulting in Victoria. As an athlete, he directly experienced fear-based leadership and its consequences, but also recognizes how it can appear to work for some leaders.

“They think it’s a strategy that will get them what they want,” he says. “And on some level it works. But it doesn’t work as well as it could.

When you embrace that type of leadership, it’s really expensive — high turnover with employees underperforming. They have one eye on their job and one eye on the leader.”

This creates a toxic environment where the team breaks down into a collection of distrustful people focused on saving themselves.

The collateral damage extends well beyond the employees. Workplace vitriol creeps into the employees’ personal lives, putting partners, children, family and friends squarely in the crosshairs of misplaced frustration, anger, sadness and anxiety. Physical and mental health can also be negatively affected, eroding the employee’s ability to function effectively over time.

The Benefits of Humanistic Leadership

Those are the human-focused consequences, which, frankly, many toxic leaders may not care about. But it’s not just the employees who suffer. Researcher and author Brené Brown discusses this in her book Dare to Lead: “When our organization rewards armoring behaviors like blaming, shaming, cynicism, perfectionism, and emotional stoicism, we can’t expect innovative work.”

That lack of innovation is key. If team members are scared of being ridiculed or shamed, they’ll keep their ideas – especially risky ones that could be the breakthrough a company needs – safely in their minds away from harm.

In The Culture Code: The Secrets of Highly Successful Groups author Daniel Coyle references a Harvard study of over 200 companies, which found that a “strong culture increases net income 756 per cent over 11 years.” This is just some of the information discovered through increasing research, studying the results of more holistic, humanistic leadership styles and their resulting corporate cultures.

If the carrot of a more innovative culture and growing revenues aren’t enough incentive, COVID is now forcing organizations to consider their culture. The pandemic has flipped — and will likely continue to flip — employees’ lives upside down.

They’re operating at a higher baseline stress and are distracted by the myriad of challenges the pandemic is creating. This struggle with uncertainty is manifesting in increased levels of anxiety, depression, divorce and substance abuse. With the workforce in this fragile condition, Jason Dorland believes that fear-based leadership will find itself falling short.

“You either create a culture that adapts to the challenges — the world that we’re going through — or you’re going to fail,” he says.

At the same time, he’s well aware that any changes won’t be immediate.

“You have to invite people to change because none of us like to be told what to do. And it’s not like learning a new skill. You don’t come and take notes and walk out a different person. It takes time, patience, persistence and a willingness and a wanting to change. It’s slow.”

So how do you shift to a more humanistic leadership style? You start by creating psychological safety. Shaming, humiliation and yelling are replaced by empathy, vulnerability and listening. Dare to Lead suggests that to “scale daring leadership and build courage in teams and organizations, we have to cultivate a culture in which brave work, tough conversations, and whole hearts are the expectation, and armor is not necessary or rewarded.”

It needs to be a safe space where your team feels connected to the company and to one another.

To clarify, this doesn’t mean that everyone is happy and getting along all the time. Far from it. Instead, the team has a shared goal and each team member understands their role in achieving that goal without having to worry about being attacked or undermined.

Disagreements take place, but they occur in a culture based on respect, trust and collaboration. “It’s your best competitive strategy,” says Dorland. “When people feel seen, when they feel they are valued, that’s a healthy place. And then they perform the best for the longest.”

Toxic, fear-based leadership styles probably won’t disappear. They play a significant role in our capitalist system where the shortest path to the greatest profit is often the priority, at any cost. But as our workforce evolves post-COVID, as the evidence continues to accumulate in favour of more empathic leadership, the tide will turn. If you’re seeking to be innovative and proactive in a challenging time, tossing toxic leadership and choosing humanistic, authentic leadership is a compelling place to start. ■

Erin Skillen is a writer, Creative + Ops at Amira Health, harried co-parent of two kids and six chickens, and co-host and producer of the new Demarried Life podcast.

TLC’s Executive Director Cathy Armstrong is making a difference, one property at a time

Garbage In, Profit Out: Our yearly look at sustainability on Vancouver...

Surprised by a Restaurant Surcharge?

Driven from the Start: Catching up with four previous 10 to...