The year was 1845, when explorer John Franklin’s expedition set sail from England in two ships in search of the Northwest Passage. By the next year, both ships were trapped in Arctic ice, and eventually all 129 crew died. There’s been much speculation about how the men died. Was it scurvy? Lead poisoning from canned food? Starvation?

Lead poisoning remained the dominant theory until December 2016, when the Journal of Archaeological Science: Reports published a remarkable research paper by four scientists, including Victoria’s Dr. Jennie Christensen, an environmental scientist. These scientists put forward a new theory based on the laser ablation analysis of crew member John Hartnell’s big toenail and thumbnail. His nail samples actually revealed that he was severely zinc-deficient, which could have suppressed his immune system, opening the door to tuberculosis and, later, death. The study also found that Hartnell showed no signs of significant lead exposure during the expedition.

The research has changed the story of one of the biggest exploration mysteries of the North. And key to that research was Christensen, an expert in the groundbreaking science of laser ablation.

THE DRIVE TO SOLVE MYSTERIES
As she discusses everything from 160-year-old toenails to the properties of carbon, it soon becomes apparent that Christensen is powerfully drawn to unlocking mysteries, particularly around health and nutritional deficiencies.

With just a single strand of hair — or a fingernail or feather — Christensen can measure human or animal levels of nutrients and toxins. The reason? Because as hair, nails and feathers grow, elements in the blood bind to the keratin in the growing tissue and record changes in those elements.

Now Christensen, one of the lead scientists doing the Franklin research, intends to use her novel methods to find answers to various mysteries via her new company.

According to Christensen, her company TrichAnalytics is the only commercial lab in Canada employing laser ablation (LA) to study a variety of animal and human body parts. With LA, when a laser is used to burn tissue (nails, hair), it releases the bound elements. These elements are then sent for mass spectrometry via gas to determine their concentration.

“Each growing tissue has a story to tell. People have stories to tell that haven’t been told,” says the 41-year-old PhD. “I also think this has the power to be an incredible monitoring tool for health, the environment.”

“I’ve always been one of those who finds her own path. I’m not a ‘should’ person — I’ve followed my passions over being rational. I always have to love what I’m doing.”

NON-INVASIVE DISCOVERIES
It was during her work in the field that Christensen progressively developed research tools that suited her inquiring and compassionate personality. “I do not like invasive technology at all,” she says. Much of her work focused on environmental contaminants and their effects on wildlife. To avoid killing tadpoles to test for poisons, she developed a sperm test to measure contaminants. It was also that aversion to harm that spurred her to use hair instead of flesh, after doing trail-blazing, award-winning work on grizzly bears and their diet.

In 2011, Christensen began working for Stantec in Victoria.

“Instead of keeping me in a box, they told me, ‘You’re creative. We trust you. Go create something,’” Christensen recalls.

It was at Stantec’s Sidney location that she developed the LA tool for mammal and bird toxicity research. The company also funded the Franklin research through its Greenlight program that helps employees develop new ideas. Christensen was able to test her hypotheses.

It was also while working for Stantec that Christensen met Joyce McBeth in 2015 at a Calgary conference. McBeth is an assistant professor in geological sciences at the University of Saskatchewan. The friendly collision of the two scientists was serendipitous. “[Jennie] said she needed help with the Franklin project. Her concern was that her data didn’t make sense,” McBeth recalls.

The two joined forces and came up with a hypothesis about the high lead levels in Hartnell’s nail. “We had to throw our hypotheses away several times. We had to dig deeper,” says McBeth, a geomicrobiology and biogeochemistry expert as well as a master of the synchrotron, just the tool Christensen needed to verify the nail thesis.

McBeth conducts highly specialized experiments at Saskatoon’s Canadian Light Source, the nation’s only synchrotron facility. This synchrotron is a $230-million device that produces different spectra of light to gather molecular information about structural and chemical properties of materials. After getting “beam time,” the team was able to make detailed elemental maps of what the toenail contained.

HARD TO SAY NO
Christensen, says McBeth, “lived and breathed the Franklin project. I wasn’t going to use the word passionate, because it’s overused, but she is passionate. It infuses people around her. She’s also very tenacious. She wanted results quickly. It’s really hard to say no to Jennie.”

While conducting online research a few years ago, he came across Christensen’s studies. “She just does beautiful work. Her practice of measuring zinc in hair is completely, scientifically, solidly robust,” Frederickson says.

“People have been trying to use hair for 50 years. She’s broken through.”

Significantly, Christensen tests the root of the hair, which reveals the latest biological information and hasn’t been contaminated by outside substances, which the ends of hair are.

TrichAnalytics’ services are important to Frederickson because he’s working on a project about how zinc or other mineral deficiencies impact autism and depression.

“She does really creative, imaginative work,” he says. “It’s unusual to find someone both daring and careful.”

A PERSONAL CONNECTION
In an intriguing twist, it turns out that Jennie Christensen has been obsessed with hair since the age of six. In fact, she had a compulsion to pull hers out, a disorder known as trichotillomania.

“It was very challenging to grow up with,” she notes. “I hated it. I hated myself. But I’ve turned an obsession into a research business. I took a flaw and turned it into one of my greatest strengths.”

In fact, her recently launched company, TrichAnalytics, could impact human health in a substantial way. Christensen believes her market is unknown and, conceivably, limitless.

Her hope is to impact the future, investigating large and complex environmental health issues, from animals exposed to mercury to children dealing with lead exposure. Showing the impacts of the contamination, she believes, could lead to vital changes.

Her company can also work with individuals who want to know the health impact of what they’ve been exposed to in the environment. It costs approximately $150 to sample one strand of hair, which would give a client a comprehensive and fascinating analysis of everything from potassium and magnesium levels to arsenic and mercury.

For now, Christensen is renting space at UVic because she doesn’t have the roughly $500,000 needed to build a lab. She does, however, have conservative growth plans. Her intent is to have a backlog of projects, and thus income, before any capital expenditures.

“You need patience when you start a company,” she says, noting she’s not quite ready for active investors, but silent backers would be okay. “I don’t want to end up in box with someone telling me what to do. 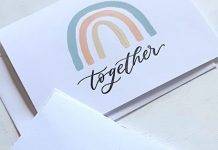