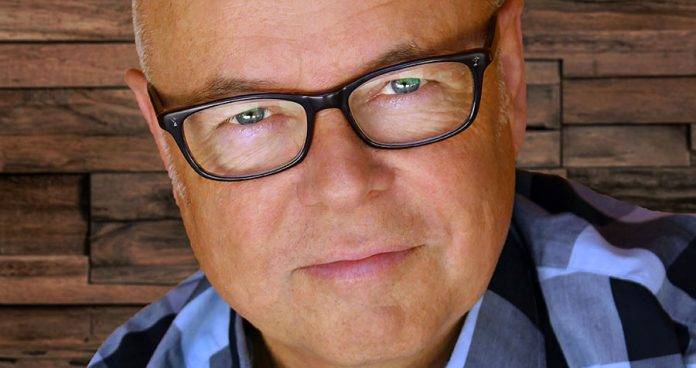 Advertising guru Terry O’Reilly, one of Canada’s most influential marketing minds, is sharing his accumulated wisdom in a new book, This I Know: Marketing Lessons from Under the Influence.

O’Reilly started as a copy chief for radio before going on to an award-winning career with several Toronto advertising agencies, creating campaigns for top brands such as Labatt, Molson, Bell, the Hudson’s Bay Company, Tim Hortons, Volkswagen and Nissan. In 1990, O’Reilly co-founded a creative audio production company called Pirate Radio & Television that produced scripts, sound and music for radio and television commercials.

When he wasn’t creating advertising, he was helping Canadians appreciate it, first as host of CBC’s O’Reilly on Advertising, then The Age of Persuasion and most recently Under the Influence.

This I Know looks to give “small feisty entrepreneurs some guidance when they are spending precious marketing dollars,” O’Reilly says.

There is a whole chapter on the importance of the elevator pitch — does the book have one?
My elevator pitch for the show, which spills over into the book, is “A backstage pass to the closed world of advertising” — because I wrote this book for small-to-medium-sized businesses or any business that doesn’t have a huge budget. These companies go from tactic to tactic without having a really good foundation. They don’t have a big advertising agency on speed dial. This book gives them a backstage pass into the high-level thinking that they don’t normally have access to. I tried to put everything I know into this book.

How has social media changed advertising?
The fundamentals haven’t changed at all. The method of delivery has changed completely and the channels have changed completely. People always ask: “What is your social media strategy?” And I always say: “These are new channels and they are powerful channels, but you still need an idea. What’s the idea you are putting into these channels?” They still require an idea, and a company still requires an identity, and there is a way to build that identity and there’s a way to create compelling messages for people to see or read or hear. The fundamentals of that never change.

Why is simple often the best strategy?
Simple is the best strategy. In an environment and era where — and there are a lot of different numbers on this — people see 3,000 messages a day, the rule of thumb is they notice six of those 3,000 and remember two. So, how do you get into that country club of two? By being simple. By selling one thing well per message, not five things well per message. That’s the most important thing in marketing: to be absolutely simple and compelling with each message. Most clients I have worked with want to stuff a 30-second message full of information. My mantra is to shout one thing well instead of whispering a dozen things. 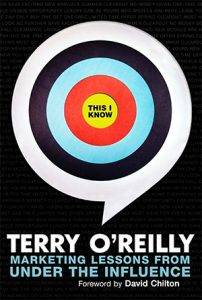 What Terry O’Reilly Knows – Lessons From This I Know
Good advertising should not look like a line of identical bread loafs coming out of an oven. Branding is an exercise in consistency. Creativity is not.

Creativity is an amplifier. Advertising just can’t be hard information. It doesn’t have to be humorous, but it must provoke an emotion. Effective advertising should
be interesting, provocative and surprising.

Small brands need big personality. A small company can’t compete with a larger company’s budget, so take the fight to a different battlefield. 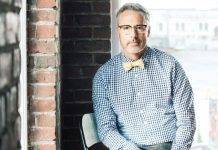