What can a network of passionate Indigenous businesses accomplish when they work together to strengthen the future for Indigenous people in Canada? Animikii Indigenous Technology can’t wait to find out.

Manitoba-born Animikii founder and CEO Jeff Ward was a tech entrepreneur when he and his wife, Robyn Ward, launched a web service business in 2003 in Edmonton, relocating to Victoria two years later. Jeff had been working in California’s Silicon Valley to that point, but returned to Canada wanting to build a tech business that blended business and social goals to benefit Indigenous people and support a movement.

“People tend to think of us as things of the past — in museums, hunter-gatherers from a long time ago,” says Jeff, of Indigenous people. “While it’s important to share with the public the realities of the Indigenous experience in Canada, we also want to share the resilience and strength of our people — that we are shining despite all those things. We’re still here, and innovating in many different ways.”

This past spring, Animikii became the anchor tenant in a shared workspace on the top floor of the bright and open-space Songhees Wellness Centre, overlooking Esquimalt Harbour. The goal of the space, called the Songhees Innovation Centre, is to be a place where Indigenous entrepreneurs, thinkers and leaders, can work independently and collaborate. Stigma, racism and a lack of historical knowledge remain common barriers for Indigenous people in the business world, says Ward.

“There’s really no excuse in this day and age not to be educated,” says Ward, whose company worked on the San’yas Indigenous Cultural Safety Training initiative now available through the Provincial Health Services Authority in B.C.

“Number 92 in the Truth and Reconciliation Commission’s (TRC) calls to action is for the corporate sector, and educating your management and staff is part of that.”

Ward and other members of his team stress the importance of reading and reflecting on those calls to action as an important step for any Canadian. Ward’s own time as a statement gatherer for the TRC, from 2012 to 2015, was life-changing.

“I was listening to the stories of residential school survivors day in and day out at national and regional events,” he says.

But while the tragic stories of being Indigenous in Canada must continue to be told, there are other stories to tell at the same time, Ward notes.

In the tech sector alone, he has seen a rise in the number of skilled young Indigenous people working in the industry in the last decade. Not only are there growing numbers of Indigenous enterprises providing work and cultural connection for a new generation of skilled workers, more non-Indigenous businesses are seeking out Indigenous companies to partner with.

“The reason we leveraged technology through Animikii is, well, first, it’s my skill set, but when you think about helping Indigenous organizations leverage technology on a large scale, this world is ready to see Indigenous people as technologists. Because we’ve always been technologists,” says Ward, citing the powerful role that social media played in the Idle No More movement.

Ward is Ojibway and Métis, and chose the Ojibway word for Thunderbird as his company’s name. The Thunderbird is an important and respected being in Ojibway culture, and also the name given to Ward as a boy at a ceremony. As a Certified Aboriginal Business and B-Corp, Animikii seeks clients who share values and an Indigenous focus.

“We are always looking for projects that have benefits for Indigenous people,” says Ward.

For many years, Animikii’s sole employees were Jeff and his partner Robyn in a home-based arrangement that gave them the opportunity to “breakfast, lunch and dinner” every day with the couple’s two children.

But when Canada’s political leadership changed in 2015, along with the TRC’s report, Ward felt a shift in national thinking that, to him, signalled a time to do more. Faced with the option to sell or grow, the Wards picked expansion. Animikii has since grown from two people to 10, the majority telecommuting from Vancouver and Whitehorse.

“When you look at the TRC calls to action to the corporate sector, the country is being called to do better,” says Ward. “If there was ever a time to take our business in a direction that benefited more people, this is the time. That and my kids were getting a little older.” (They’re now eight and 12.)

Two developers were hired first. Then Animikii producer Jordyn Hrenyk joined the company a year ago, with a job description that adapts as required according to client needs.

“We say it’s more about who our clients are, not what we do,” says Hrenyk, who is Métis
and Caucasian and a resident on Lekwungen territory. “If our client needs us to do X, then we’re doing X.”

Graphic designer Mark Rutledge joined the team as a contractor in March and is now an employee. He lives in Whitehorse, Yukon.

“My very first job out of design school was working as the creative director for Aboriginal Voices, an Indigenous magazine published by Gary Farmer,” recalls Rutledge.

When he got an email from Ward asking if he’d be interested in working for an Indigenous company, the two realized after email and phone exchanges “that our philosophies, goals and dreams aligned perfectly,” says Rutledge. Working at Animikii “feels like family.”

Robyn Ward, Animikii’s content strategist and administrator, says the business recently adopted the Ojibway Seven Grandfather Teachings as a guiding philosophy. What struck her most when the team reflected on Animikii’s vision to that point was that the seven teachings — Humility, Honesty, Respect, Courage, Wisdom, Truth and Love — were largely already in place.

“We value each member of the team for what they bring,” says Robyn. “We hold our clients in high regard. Luckily, we’ve attracted a lot of folks with the same values.”

A self-described white settler, Robyn was stunned during her own recent Indigenous cultural safety training to see how little she’d been taught at school about Canada’s Indigenous history.

“So much information that I never learned, that young people still aren’t learning. It really opened my eyes, and gave me respect for the harm that’s been done.”

Next big project for Animikii? Web services for the newly released movie Indian Horse, based on the 2012 book by the late Ojibway writer and residential-school survivor Richard Wagamese, who died in March 2017. The important project exemplifies the use of business services to serve social goals that’s at the heart of Animikii, says Hrenyk.

“Some non-Indigenous people will be learning about the residential-school experience through this movie, and wanting to do more,” she says. “We’ll provide the web services and digital tools to maximize people’s ability to do more. Everyone has a role they can play in reconciliation.” 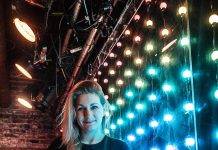 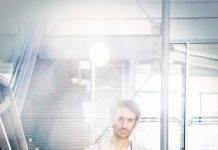