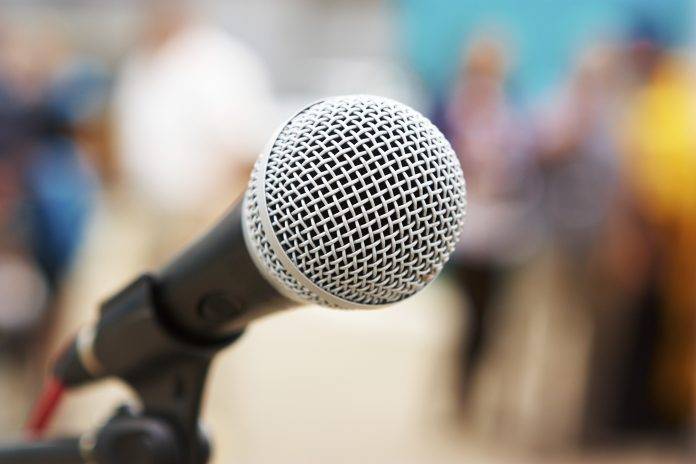 A record-breaking crowd celebrated Victoria’s tech winners on June 20 at Victoria Conference Centre — and even took the celebration to the streets.

Last night, 12 winners of the coveted VIATeC Technology Awards http://viatecawards.com/ were revealed in front of a record-breaking crowd at the Victoria Conference Centre.
According to VIATeC, the 700-plus attendance number wasn’t the only record broken at the 2013 VIATeC Technology Awards, an annual event known across the province for its recognition of innovation and excellence in Victoria’s advanced technology sector. This year a record number of 109 nominations were made across the 12 award categories.
The awards also doubled as Victoria’s largest surprise DDP – distributed dance party – a sound and light promenade of nearly 1,000 gala attendees and dance party aficionados, who worked their way through the downtown core, moving from the awards gala to the Legislature and then on to the awards after-party at Club 9one9.
“Every year we look to top the previous celebration of Greater Victoria’s technology sector,” says Dan Gunn, executive director of VIATeC. “This is the 12th anniversary of the awards, and given the number of records broken this year, I think it’s fair to say we succeeded. Again.”
The VIATeC technology awards celebrate the achievements of technology companies responsible for making Greater Victoria the fastest growing technology region in British Columbia. The awards provide well-deserved recognition for some of Victoria’s most innovative firms and a great opportunity for the local technology community to gather and celebrate each other’s successes.
“With the success of Accelerate Tectoria, Victoria’s start-up incubator, this year we introduced a new award category: Start-up of the Year,” says Gunn. “Each of the finalists made a short video pitch to the audience at the awards, just like they do in front of investors. The audience voted for Go2Mobi as the winner.”
The VIATeC Technology Awards attracts attendees from as far away as Ottawa and other technology hubs like San Francisco, Portland, Boulder, and Vancouver.
“I’m already making notes for next year’s awards,” says Gunn. “The local technology sector is moving from strength to strength, and we want to make sure that the movers, shakers, doers, and makers of Greater Victoria are properly celebrated. They drive this great imagination economy.”
The winners of the 2013 VIATeC Technology Awards are:
Technology Company of the Year: Quester Tangent
Recognizes a Greater Victoria technology company demonstrating excellence in innovation and a commitment to the technology community while embracing sound business fundamentals. This category is reserved for operations that have been established for three years or more.
Emerging Technology Company of the Year: Tutela Technologies
Recognizes a Greater Victoria company that has the greatest potential to demonstrate excellence in innovation and a commitment to the technology community while embracing sound business fundamentals. This category is reserved for operations that have been established for less than three years.
Executive of the Year: Stuart Bowness – MediaCore
Recognizes an individual who has had a significant impact on the success of an organization as a direct result of their leadership. For this award, executives are considered to be those that hold typically senior titles.
Innovative Excellence: 3DA Systems Inc.
Recognizes a company that has researched and designed an innovative service, process or product that is expected to revolutionize a sector, method of business or way of life.
Online Strategy of the Year: Tap for Tap
Recognizes the best online strategy implemented by or for a Greater Victoria organization. The judges consider creative usability, innovative design, and results achieved from the underlying strategy.
Product of the Year: IONode Flight Data Monitoring Device — Latitude Technologies Corporation
Recognizes a company that has achieved success in the commercialization of an innovative technology product (e.g market acceptance and sales).
Team of the Year: Vancouver Island Health Authority — IMIT
Recognizes a team in the technology sector who demonstrates outstanding initiative and service delivery, and has had a significant impact on the company for which they work.
Employer of the Year: Edoc Systems Group
Recognizes a company that has demonstrated its commitment to staff and provides a pleasant workplace. Finalists will be chosen from a survey given to current staff.  Nominated companies will be required to provide staff email contact list.
Start-up of the Year: Go2Mobi
Recognizes a company less than 2 years old that demonstrates significant potential to generate revenue, raise investment, or to have significant social benefit.
Colin Lennox Award for Technology Champion: Clayton Stark
VIATeC Member of the Year: RaceRocks3D
Education Champion: Dave Shortreed

{gallery}tectoria{/gallery}
All photos by Simon DesRochers