During the last 28 years, Del Manak has worn a variety of hats in his policing career.

He’s patrolled the streets of his home city as an officer on the front lines, spent five years working as a crash analyst in the traffic division and created a regional integrated road safety unit for southern Vancouver Island — an accomplishment that left him bursting with pride and an opportunity to climb the ranks of the VicPD.

Now Manak is wearing another new, yet somewhat familiar hat as the city’s top cop, marking only the second time in the last 60 years a police chief has been promoted from within the police department.

It’s a role Manak feels comfortable with, having served as the acting chief since December 2015 when chief Frank Elsner was suspended amid allegations of sexual harassment and exchanging inappropriate Twitter messages with the wife of an officer under his command.

Chief constable is a role Manak is excited to take on, and he feels he can make a difference to the lives of people in his community.

“What I really enjoy about policing is that it’s about service to our communities and it is literally about making a difference, making our communities safer,” says Manak. “It really is a job like no other and I honestly believe that it’s a calling. It’s such an honourable profession.”

What issues are you hearing about from business owners?
We recently did the community and business survey [in March], so every three years we engage our community — and the business community is an important one. What we’re hearing from the business community is: “Could you be more visible, could you be around in our community? When you’re walking the beat or come in … and say hi to us when [we’re] running our business, it helps the tourists.” It adds that sense of calmness. The majority of the calls the VicPD attends are related to social order.

Are there enough officers patrolling city streets?
That’s a discussion we’re having at the board. We just had an efficiency review that was done earlier this year. Several key findings really highlighted for us the shortage in staffing. The efficiency review came out and said you need more officers, “You definitely need to have a staffing plan put together.” The challenge is: how do we put together a staffing plan when it’s an election year coming up again and councils tend to set budgets arbitrarily?

Numerous local businesses have voiced concerns about needles on their properties, people sleeping on their properties or using their properties as bathrooms. How will you deal with these increasing tensions between the business community and street-involved people?
In our community business survey, the number one issue the public told us about was that they wanted the police to deal with drug activity. I think police are community leaders, but we cannot fix everything, and a lot of times people look to the police to fix everything. What we can do is bring the right people to the table, and that’s what we’re doing.

One of the things I’ll be pushing for further is more emphasis on building stronger partnerships and adding capacity from BC Housing, from Island Health and from downtown service providers on how can we better work together to try to make sure our streets and our community feel safe. We have to stabilize people, and there are major doubts, in my opinion, when it comes to services for treatment and addictions care. You don’t have to look far to see there are not many services.

What effort do you make to hear and address the concerns of the business community?
My goal is to actively engage with them at a higher level and to really let the business community know what services the police department can provide to help them run a successful business when it comes to their security systems, helping them with shoplifters, target-harden their business and making sure the surrounding neighbourhood is safe.

In September and October, we’ll be coming out with a plan about how we’re going to work with the business community a little better, be more engaged and make sure that their businesses are successful. 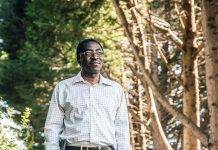 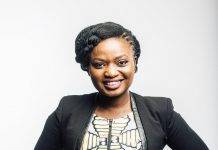