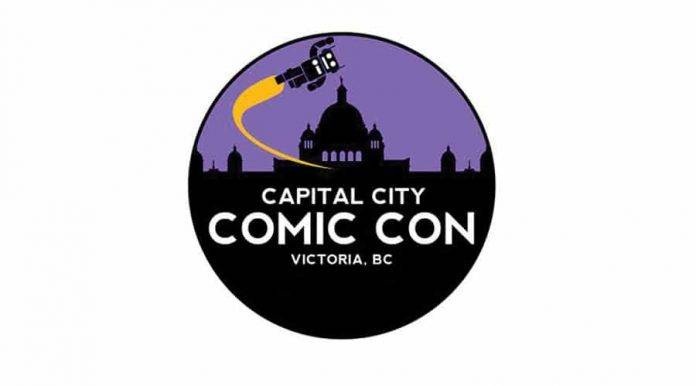 The owners of Cherry Bomb Toys (and their National Toy Museum), Candice and B. Woodward, have partnered with Tourism Victoria and the DVBA, creating a new non-profit organization to present the inaugural Capital City Comic Con from March 16 to 18 at the Conference Centre and Crystal Garden. They’re hoping for a first-year attendance of between 12,000 and 15,000 people, many of them visitors from out of town.

In fact, Tourism Victoria felt compelled to come on board after its research showed that comic conventions, fan expos or any formal gatherings of geeks mean big business.

San Diego’s famous Comic-Con International sells 130,000 tickets and pumps nearly $200 million into the local economy (including $83 million in direct spending by attendees). In Seattle, the Emerald City Comic Con has grown to 91,000 attendees from 2,500 when it began in 2003.

“We think it can become very big business,” says Tourism Victoria president and CEO Paul Nursey. “It’s important to do a credible con in year one so the big companies come and buy out the hotels in year two.”

A quarter of ticket sales are being snapped up by visitors to Victoria.

“We definitely want to grow it over the years and bring a world-class event to Victoria,” says Candice. “Quality is really important for us. We want people to be really proud of it.”

“We are in Nerdvana,” says B. Woodward, co-owner of Cherry Bomb Toys. He’s alluding to the moniker for the comic-central area around Broad and Johnson, which is home to Cherry Bomb Toys, Legends Comics and Books, Yellowjacket Comics & Toys and Curious Comics.

“It’s our generation’s Antique Row,” he says. “We’re not fighting each other. We send customers to each other. We want people who come here to say, ‘Have you been to Victoria? Do you know the collecting hub they have there?’”

Gareth Gaudin, co-owner of Legends, considers his shop the underdog, having only been in business for 25 years. Neighbouring Curious Comics  is celebrating 29 years and Yellowjacket has 20 years in business (plus another decade under a different name).

“If a city this size can support a vintage comic store and a mainstream comic store and Yellowjacket, that’s amazing,” says Gaudin. “It’s the only place in the world with three comic stores on one block. Victoria’s famously a comic book town.”

And with Hollywood and comics merging into one mega stream of pop culture, Victoria is poised to ring up the till if Capital City Comic Con is a success.

“It’s no longer a subculture of nerds that has to hide their interest,” says Gaudin.

Nor hide their wallets. Consider that Gaudin was recently brokering a comic book deal for a one-million-dollar Spider-Man (Amazing Fantasy #15, printed in 1962, in case it’s in your attic) or that Marvel Studios alone has conquered the movie box office with a $13 billion return since 2008. Apparently, there’s a superhero-like power attached to this business, and Victoria is about to tap into it in a bigger way.

Van Isle Comic Con is coming to Sidney this June. The idea, which began small with a plan to bring together local artists for a Canada 150 event last year, quickly grew into a full comic convention and is now going into its second year, with sponsorship from the Sidney Business Improvement Area Society.

Josh Kully, a local comic-book illustrator and writer, is coordinating the convention, which will feature an artists’ alley, cosplayers (a mashup of the words costume and play) and a vendor exhibition.