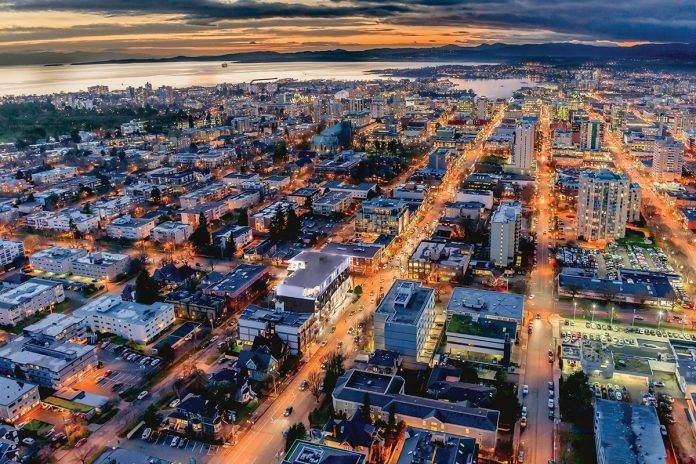 With municipal elections coming up on November 15, Douglas asked several downtown business owners what the next Victoria city council — whoever is on it — can do to make their lives easier.

Gail Robinson’s family started Robinson’s Outdoor Store 85 years ago and she’s carried on the legacy. She says the fact that there are more than 80 empty storefronts downtown points to the need for action. “If a fairy granted me three wishes, my first would be for the city to invest more in retaining business and supporting them to expand — and then attracting new businesses.”

As president of Think Local First, Robinson wants to see the City putting financial support behind this initiative, which is currently funded by its 185 members. She says studies show that when consumers spend 10 per cent of their money locally, 25 per cent stays here to benefit the community. “We need to support this and encourage people to make local choices,” she says.

Taxes Too High
Retailer Philip Nyren’s business has existed in Victoria in one form or another for 91 years, owning spaces on both Government and Yates streets; now, he’s now looking for a new space in Victoria. He says City council needs to focus on the business climate. “And to do that, he says, “you have to improve your attitude toward business and think about what businesses need.”

The fact that business owners pay 300 per cent of what residential owners pay is baffling to him. “You can’t assume all these businesses make money,” he says. “Look at all the empty storefronts. Why are businesses closing? Because things are tough. And if they aren’t making money, how do we expect them to pay three and a half times the tax that residential people have to pay. Follow the money.”

Bruce Carter, CEO of the Victoria Chamber of Commerce, says most small business needs are simple. “They don’t want their expenses to go up any more than their revenues. Period. So if I own a small business, when property taxes go up, my revenues go static and I’m thinking, ‘I need to make up some room in that, to pay some bills that are waiting to be paid and for the other rate increases to stop.’ So when you ask me about taxation: ask me how much my sales went up and I’ll tell you how much you can increase my taxes.”

Attracting Business to Downtown
Also vexing to some business owners are empty storefronts and buildings that have been allowed to deteriorate by disinterested landlords. “The City needs to put more pressure on these landlords. We can call it motivation,” says Robinson.

Teri Lyn Hustens, manager of Kaboodles Toy Store and owner of two Oscar & Libbys stores, also wants to see property owners with vacant spaces investing in those spaces to lure tenants to the downtown core. Part of the solution, she adds, could be to provide benefits or incentives to property owners who will commit to leasing their spaces to new startups or young businesses while they grow their businesses. “Essentially,” she says, “to use our vacant spaces as incubators for new startups in our downtown.

Focusing on City Issues
Speaking of fixing up properties, Nyren says it’s high time something was done about improvements to the Inner Harbour, including the Belleville Terminal. And he wants more police on the streets. “I’m not talking about hiring more [police officers]; I’m talking about actual feet on the streets,” he says, adding that police presence is crucial to boosting the public’s perception of a safe city.

“I’m not sure I want council worrying about creating a nuclear-free zone or international stuff or growing food on City property,” says Carter. “Stick with worrying about what cities need to worry about: parks, roads, sewers, waterlines and so on.”

“The City,” he concludes, “ should stick to City business.”