United Way’s annual Spirit Awards on April 24 recognized the generous workplaces, organizations and individual donors who call Greater Victoria area home. Employees welcomed United Way into their offices — they volunteered, took part in special events, spoke about the impact the organization is making, and led by example with their philanthropy. In 2018, more than 200 workplaces ran United Way fundraising campaigns to help out a fellow neighbour, friend, colleague or family member.

Al Hasham, President & CEO of Maximum Express Courier and Max Furniture, led the 2018 campaign and continues on in 2019. United Way is grateful for his leadership and volunteer service.

Altogether 13 United Way Spirit Awards were presented. The most prestigious award, the Chair’s Award of Distinction, was given to Mark Lovick, RBC Royal Bank Regional VP for South Vancouver Island. The award showcases an individual for extraordinary commitment to United Way’s community campaign through the workplace and individual giving.

Seaspan-Victoria Shipyards became an inductee into the Thanks a Million Club. This was achieved by exceeding one million dollars in cumulative giving since first starting its workplace campaign.

“This was my first campaign as CEO, and what inspired me most was seeing how many people stepped up and showed their local love through contributions to United Way. I’m elated by the philanthropic support from all sectors – financial, educational, health, private sector, government, and labour,” says Mark Breslauer, CEO at United Way. “Everyone’s generosity will make a huge difference in the lives of those less fortunate. We are delivering tangible improvements, inspiring hope and changing lives every day.”

Thanks A Million
Seaspan – Victoria Shipyards

*United Way is hosting an Overdose Prevention Expo on May 8, 2019, 11 am to 2 pm at The Bay Centre to highlight programs and resources available to help people struggling with mental health and addictions. For more information, please visit: https://uwgv.ca/overdose-prevention-project/ 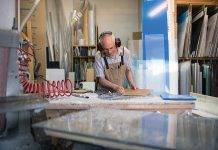