“Offering a sponsored apprenticeship program for all kitchen staff, using local products with Southern U.S. recipes, and working with other local businesses with cross-marketing strategies ensure that Smoken Bones is a one-of-a-kind entity.”

Ken Hueston hasn’t been hurting for publicity at his restaurant on Goldstream Avenue out in Langford. Once a month at least, there’s a magazine profile, a review, or other mention in print of the food at Smoken Bones. People may come once to try his barbeque, but they’ve also been coming back since Smoken Bones opened two years ago. The name isn’t just a folksy misspelling — it’s a pun, and the -ken in Smoken is Hueston himself.

He’s chef, founder, chief spokesman, smoker operator, boss of a couple of dozen staff, and owner of a place that’s now doing an amazing $2 million a year in tasty meat — a lot of meat — fish and vegetables.

Marketing hasn’t been a problem. People love the place. On opening day April 1, 2006, a total of 576 people came through the door, and the restaurant ran out of food, says Hueston, who is still surprised at the response.

The restaurant is only a halftime job, he says. “You choose which half of the day
you work.”

A typical day could start at 5 a.m., with Hueston tending the smoker and starting to prepare for the lunch crowd, who begin arriving at 11:30 a.m. to be sure of snagging a table.

“We as chefs have so much power. We need to utilize that power positively. At the rate we’re losing our farms, we’ll have no farms in 16 years. We’re talking about a long process of reformulating food security on Vancouver Island.”

He likes the fact that Smoken Bones is supporting a number of families with interesting work. “That to me is the most fulfilling.”

Smoken Bones is Hueston’s vision, but the business has been powered by lots of family. His wife Megan (incidentally, a vegetarian) works as a chef, and his brother and sister also work at the restaurant. And before the business got really busy, his mother would come in every day and make the rice pudding desserts.

“It’s been the experience of my life,” says Hueston. 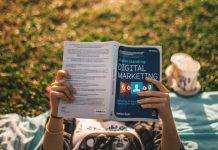 Micro-credentials are the New Buzzword for Economic Recovery 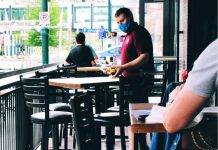