(News Release) VICTORIA — In a Saturday night matchup at the Save-On-Foods Memorial Centre, the Victoria Royals defeated the Vancouver Giants, 5-3, in their first home game in franchise history.

Victoria started off-season acquisition Keith Hamilton in net, while the Giants countered with Brendan Jensen in front of a raucous, sellout crowd of 7,006.

The Royals looked to feed off the home-ice energy, but it was the Giants who came out and controlled the play for the first two minutes. Two hard hits by the Royals’ Robin Soudek and Tyler Stahl turned the momentum as the Royals got their first goal at home at 3:51. Forward Jamie Crooks sped down the right wing and cut to the middle before rifling a shot past the blocker of Jensen for his first of the season.

After a hard-working Victoria shift that resulted in a penalty to the Giants, Soudek and Vancouver centre Cain Franson dropped the gloves. Soudek got in two quick shots before both players fell to the ice.

Just after the halfway mark of the period, the Royals found themselves down 5-on-3 after back-to-back penalties. With the first penalty just about to expire, Giants captain James Henry found a loose puck in the Victoria crease and slid it home to knot the game. The tally was Henry’s first of the year at 10:03. Victoria would reply with a power play goal of their own at 13:00. From the right point Royals’ captain Hayden Rintoul found Kevin Sundher in the right corner who fed Soudek in front of the net for his second of the season. A busy conclusion to the period saw a fight between Victoria’s Tim Traber and Vancouver’s Kiefer McNaughton, as well as several more scoring chances for both teams. Victoria took a 2-1 lead into the first intermission, despite being outshot 22-9 in the first frame.

It took Victoria just 1:47 to increase their lead to two to start the second period. Forward Logan Nelson skated out of the left corner and made a nice toe drag around a Giants’ defender before he placed a low hard shot past the glove of Jensen. The goal was Nelson’s first of the season and first in the WHL. Just two minutes later on the power play at 3:52, Brandon Magee found a loose puck after a scrum in the front of the Vancouver goal and deposited it into the net to give the Royals a 4-1 lead. After the goal Jackson Whistle replaced Jensen in the Giants’ net. The teams exchanged scoring chances for the next several minutes, but it was Hamilton who was called upon to make several quality stops. Vancouver received a power play late in the third period as they looked to cut Victoria’s lead down to two. The Giants controlled the puck in the zone for the full two minutes, but several blocks from the penalty killers and a couple key stops from the Royals’ net minder erased the man advantage. Victoria took a 4-1 lead into the final frame. Shots in the second period favored Vancouver 16-4.

Victoria started the third period with an early man advantage, but could not bury a fifth goal past Whistle. Vancouver then took control of the game as they looked for a way back into the game. At the 8:48 mark of the third period, Giants’ player Franson made a smooth toe drag in the slot and put a shot on net. Hamilton made the initial save, but Nathan Burns was on the doorstep to collect the rebound and slide it in the net. With just under five minutes left, Logan Harland and Teal Burns broke in on a 2-on-1 against Victoria. Harland slid the puck to Burns on the right side who deflected it on net, but the puck hit the post and rolled into Hamilton. On the very next play, Vancouver forward Dalton Sward received a puck in the slot and quickly fired it past Hamilton at 17:57 to cut the lead to one. With 90 seconds left on the clock and the Giants’ goaltender pulled, Kevin Sundher recorded an empty net marker to seal the victory for Victoria. Royals 5 Giants 3.

The Royals now hit the road to play three games in three nights. The first game is September 30 at the CN Centre in Prince George, where the Royals will face the Cougars. Victoria’s next home games are October 6 and 7 when the Medicine Hat Tigers come to town.

For further details or to purchase tickets, visit the Victoria Royals Ticket Office or call 250-220-7889. 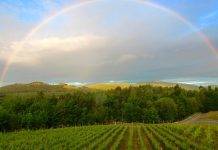 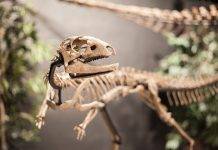