I drive a bare-bones 2010 Toyota Corolla, so you’d think I’d have leapt at the chance to get behind the wheel of the new Porsche 718 Boxster, a compact specimen of German engineering that can accelerate from zero to 100 km/h in just over four seconds and reach speeds of almost 285 km/h.

Not only would I be piloting the $78,000 vehicle on Vancouver Island Motorsport Circuit’s challenging and exceptional 2.3 km track near Duncan, I’d be speeding on unfamiliar roads in a car that rumbles at takeoff and rockets into action.

The offer meant I had to vacate my comfort zone in more ways than one. What if a Cowichan Valley water buffalo suddenly broke through a fence and met me blasting through at 130 km/h? Or what if I pushed the wrong button on the heavily-outfitted dashboard? Would the top of the car fly off? Would I be ejected? Would an air bag inflate?

These “What ifs?” began to fill me with auto angst. But I had to decide quickly, because this was a limited offer and for every “No, thanks,” there were plenty others happy to drive a luxury vehicle on one of North America’s best high-performance tracks.

In this case, my desire to be fearless and try something novel won over my innate cautiousness and worrisome nature. I went with my gut, telling myself I would regret it if I didn’t. As they say on Roman roads, carpe diem. And, in a way, it was good not to think about it too long. Overthinking a new situation often leads to the creation of multiple excuses.

Over about four hours, under the pro guidance of the Island Circuit crew and Porsche Centre Victoria staff, instead of being stuck in one gear, comfortable at a practical speed, I discovered that yes, I could do something I’d never done before — and love it.

When I began driving along the winding circuit, following the pilot car, my palms were sweating, my shoulders hunched and my head achy. There was no way I wanted anything to go wrong in a vehicle that costs more than many people earn in one year. But after discovering how this low-slung, superbly designed piece of metal hugged the road, how the brakes really did let you stop on a dime and how you felt enveloped in a Teflon bullet, my palms dried, my head cleared, and it became a legitimate joy ride.

By the time I hit the track, with its 19 turns, many of them dare-worthy, plus its stomach-churning changes in elevation, I was ready to roar. I’d started as a mouse and had become a lion. In about an hour, I’d found that I, a middle-aged woman, could handle a Porsche just as well as the leather-gloved aficionado. After finishing two circuits on the track, and doing very well, according to the pace-car driver, I wanted more. And to think 24 hours earlier I wasn’t going to do it.

Removed from a predictable life, I was forced to make the most of an unpredictable day by embracing an unfamiliar track. The brain can handle it.

I realized I could master the Porsche, and any surprises that came my way. If I had said no, I would not have learned new skills. The Porsche push was a lesson enveloped in a good time.

So go ahead. Be rational, heed the instructions, but the same time, push your boundaries, ratchet it up based on the conditions, don’t say no to new experiences and, in the course of it all, master a new situation. 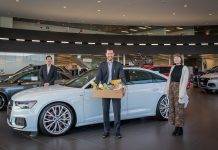 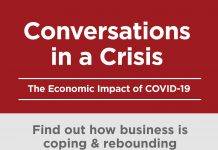 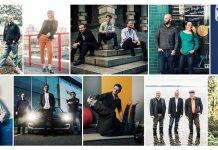