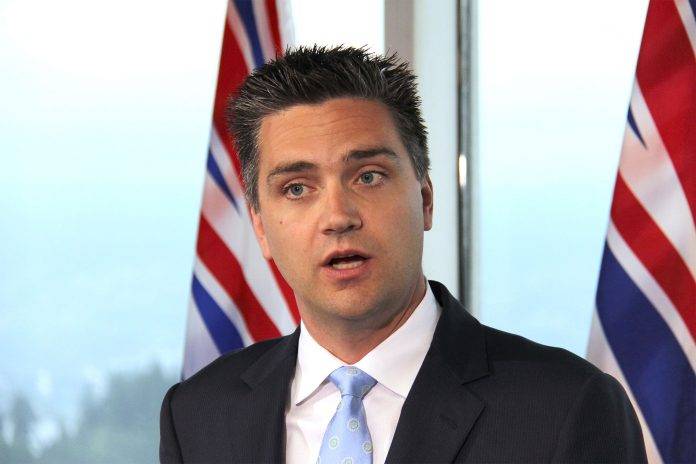 This week, the B.C. government announced BC on the Move, their 10-year transportation plan that outlines critical investments and improvements throughout the province. The government will put $2.5 million over the next three years into transportation infrastructure and it says this plan will grow the economy, improve safety, maintain and replace aging infrastructure and support trade for B.C.’s expanding resource sectors through Canada’s Asia-Pacific Gateway.
“BC on the Move is the roadmap for the next 10 years on how we will expand and improve our transportation network to ultimately improve the quality of life for us all,” says Todd Stone, minister of Transportation and Infrastructure.
Highlights that affect the Island include the announcements that the new strategy will:

The plan included input from meetings held last fall with key stakeholders throughout B.C., including First Nations, local governments, chambers of commerce and port and airport authorities. The government also conducted a public survey with almost 13,000 responses.
Douglas asked three Vancouver Island stakeholders, whose interests range from Victoria to Tofino, for their opinions on the transportation strategy:
George Hanson, president, Vancouver Island Economic Alliance (VIEA): “VIEA certainly understands the need for the provincial government to have a plan for ongoing maintenance and incremental improvements to the province’s existing transportation infrastructure. We seek to complement this by working with Island stakeholders to develop a comprehensive approach to using our unique geography as a strategic advantage rather than acquiescing to the perception of our location as an economic liability. There is so much potential ahead of us and so much more work to be done.”
Josie Osborne, mayor of the District of Tofino and chair of the Alberni-Clayoquot Regional District: “The 10-Year-Transportation Plan has some good bones, and from my perspective it’s encouraging to see some of the key priorities for Vancouver Island, and the West Coast in particular, highlighted, such as investment in regional airports and safety improvements for Highway 4 west of Port Alberni.
“Municipalities know all too well that we cannot afford to get behind in maintaining basic infrastructure, such as road surfaces and bridges, so I am pleased to see significant investment across British Columbia. At the same time, it’s imperative that we keep investing in transit and cycling infrastructure to reduce congestion and that we continue to reach British Columbians and visitors alike with our B.C. brand and strong safety messaging. Cycling, transit and promoting the incredibly scenic Highway 4 are hot topics within the Tofino community!
“There’s an understandable focus on metropolitan areas when it comes to public transit, yet small communities are too often be overlooked. Even for the Tofino-Ucluelet area with our very strong tourism economy, we would benefit from a partnership with BC Transit to move workers within this region, even seasonally. I’ll be keeping a close eye on how the 10 Year Transportation Plan rolls out on Vancouver Island and in the Port Alberni-Tofino area.”
Bruce Carter, CEO, Greater Victoria Chamber of Commerce: “I think there were two important pieces that I saw in the strategy. One is that there is a significant commitment to transportation throughout the province and that they recognize two of Victoria’s highest priorities: the Belleville Terminal and the connection to the West Shore.
“Transportation is key in our region from two perspectives. One of them is simply getting to and from work, which is significant. But it’s also the movement of goods and I think the most important thing for our members is we need to find a better way to use that integrated road network to help the economy. I think this plan is a significant part of that.
“I think that it’s fairly consistent in that it’s a high-level policy document and it needs to move forward…. I want the Belleville Terminal plan to be approved by treasury board this year. I want the bus-only lanes out to the West Shore to be approved in the next 12 months, and the McKenzie interchange to be built in the next three years. I think the Belleville Terminal is likely. But I worry with the complexity around the Colwood crawl that we’ll run into the chicken and egg [dilemma] – do we do the bus-only lanes without the interchange or do we do the interchange and not the HOV lanes? Which one comes first? I think that it’s a significant project and that all the parts are related and they need to get on with it.
“Our meetings with the ministry and the operators [with respect to the Belleville Terminal] have indicated that they have a pretty sophisticated plan around that. I think there are two phases to that. Part of it is making sure that the terminal and docks are mechanically safe and viable in the long-term. That’s a very short-term thing. And then there are terminal improvements. I expect that to be two phases.”
To view the report, visit: BC On the Move.