The biggest revelation I ever had about creativity and corporate performance occurred on a bright winter’s day in 2002.

It happened at exactly the kind of company you would expect. But it happened for the exact opposite reason you might think.

That company was LEGO, the world’s most beloved toy company and perennial “World’s Most Respected Brand.” The location was the company’s Connecticut-based U.S. headquarters where my partners and I had been hired by the president to support an ambitious change mandate.

Most days I left their offices with a bag of LEGO for my kids, the best fringe benefit of any consulting gig I ever had.

Not because the company was struggling (we knew that going in). Not because their finance team was camped outside a courthouse trying to get paid by the newly bankrupt Kmart (they were). And not because ours seemed like an impossible assignment (indeed, within 18 months we were gone).

I was sad because the company whose name comes from the Danish phrase “leg godt” (“play well”) was surprisingly low on creativity. People seemed paralyzed and unable to tap the very DNA that allowed kids to build amazing worlds with just coloured bricks.

Moreover, things were chaotic. Theme parks, licensing deals, TV shows and video games took resources away from the core brick business. LEGO’s biggest retail customers were randomly shortchanged product. The president, a brilliant young Canadian, had been brought in to bridge the divide between the Danish owners and U.S. sales teams. This frenzied international peace-keeping assignment was wearing down his immense talent and energy.

And yet there was still one place on the LEGO campus that seemed fun, where calm reigned and creativity flourished.

LEGO’s Master Builder workshop created large-scale models for retailers and theme parks. These guys were having a ball building 12-foot Empire State Buildings, life-size Darth Vaders and, eventually, a larger than life-size X-Wing Fighter, made of 5.3 million pieces. These things took them months to plan and sometimes years to build.

At LEGO’s Master Builder Workshop, I was reminded of a counterintuitive truth: Creativity does not thrive in chaos (and certainly not for very long). It requires instructions to get started. It takes time, focus and patience. It takes rules and tools.

Over the years, I’ve asked business leaders whom I admire how they get their teams thinking and acting creatively to get them into new markets — or out of serious jams. None of them has ever said, “Freeform, all-day brainstorming with an extra shot of chaos and stress”.

All of them have tools — and, yes, rules — that they rely upon to spark those precious moments where creativity causes the innovation that drives value. And most of them agree that applying certain tools allows them to adhere to their most important rule of all: For creativity to really thrive in teams, leaders need to talk less and listen more.

Identify the problem: What needs to be solved by the end of the meeting?
Reverse the usual process: Instead of “How can we avoid/solve the problem?” ask “How can we cause it/make it worse?”
Collect all the ideas as you would in a normal brainstorm (i.e. no judgment)
Reverse the ideas into solutions for the original problem.
Evaluate the results to reach one best solution or attributes.

This exercise builds on our natural instinct to more easily see problems than solutions.

Red Team/Blue Team assigns two teams: One to promote/defend an idea and one to attack/defeat it. Both teams can — and should — be made up of believers and non-believers.

This exercise liberates people to think objectively and creatively about why something will or won’t work.

The Samoan Circle is used for difficult conversations or ones where certain individuals might dominate discussion (both of which stifle creativity).

Chairs are arranged in a concentric circle: place four chairs in the middle facing each other and the remaining chairs in an outer circle. There is no moderator.
Those most interested in speaking to the topic take an inner seat to engage with questions or comments, then vacate their chair.
Anyone wishing to speak next can take an empty inner chair or stand behind one to indicate their desire to speak.

The Disney Method comes from the idea that Walt Disney wore three hats when he worked: The Creative (what can we imagine?), the Planner (how do we get it done?) and the Critic (why won’t this work?). Apparently, he would even dress and act the parts so people knew.

This exercise protects our fragile “Inner Creative” from our aggressive “Inner Critic.” (And dressing the part sure can’t hurt.)

A Final Thought on Rules

I’ve long been fascinated by improv comedy. Only recently did I come to understand that what seems like spontaneous creativity among people fighting for laughs onstage with zero prep time is, in fact, only possible because the exact opposite is happening.

Improv is not about getting the last laugh — it’s about setting up the next laugh for your partner. It requires years of practice to be even marginally good. And improv is carefully governed by rules.The first rule is “Say Yes.” The second rule of improv is “Say Yes AND…” Disney’s version of this is a rule called “Plussing”: Focus on doing something well, then ask how do we make it better.

In the end, LEGO eventually got back to record-profits by recommitting to business discipline, adhering to core creative rules and only adding things that fit both. As CEO Jørgen Vig Knudstorp said, LEGO bricks are themselves governed by physical rules, “which creates a system that you can be endlessly creative in.”

(And if all else fails, it’s never a bad idea to break out the LEGO at the office.)

Jim Hayhurst is a trusted advisor to purpose driven organizations and leaders. He is currently active in six companies and social impact projects that elevate Victoria’s reputation as a hub of innovation, collaboration and big thinking. 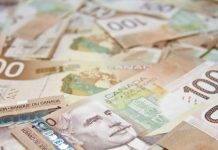 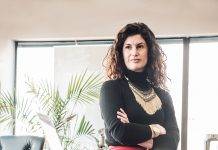 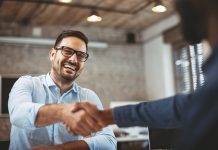 How to Escape Imposter Syndrome