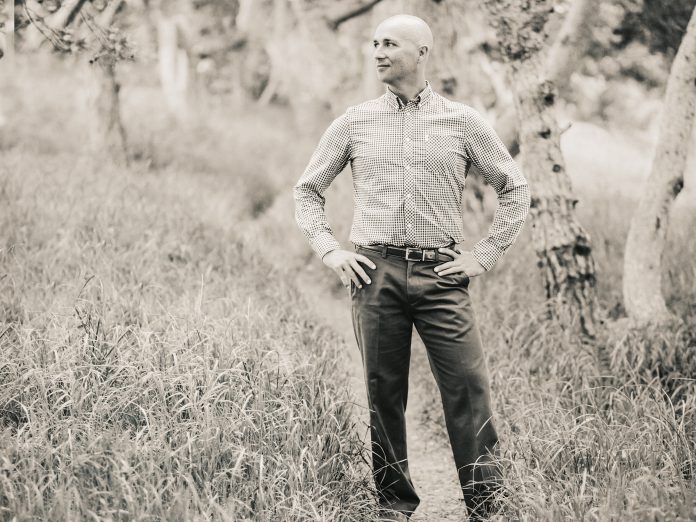 Corporate intimacy is a term that comes up frequently in conversation with Jordan Bower. It’s a concept he acknowledges can be confusing: “Some people think it’s making out on the photocopier,” he jokes. At its root is his belief that in today’s tech-heavy world people are desperate for real connection.

By enabling intimacy through the power of sharing stories, Bower helps businesses better communicate, whether the end goal is a story to focus and align a team’s work, or a story to draw a brand’s customers into the corporate mission.

His sessions encourage businesses to recognize that people process their world through emotions, and to incorporate qualities of human relationships such as trust, honesty and vulnerability in their messaging — theories at the core of his talk at the 2015 Future of Storytelling Summit in New York City.

While Bower knows the corporate world is clamouring for coaches, he’s reluctant to use the term to describe his work. He considers himself more a therapist — “not that different from marriage counselling for your business” — who brings a story-building approach to his process.

“It’s group therapy or training in corporate intimacy,” Bower says. “It’s all about helping people work through their real issues in a way that they can then turn it into something tangible and tactical. So it’s not just talk therapy; it’s talk therapy that becomes an action plan and an agenda for a group of people.”

Making Connections
In trying to explain the importance of intimacy in the corporate sphere, Bower points to cell phones.

“Because of these, all of us have become totally accustomed to engaging with the world on our terms, and in a certain sense that is a very immature, self-centred way of engaging with the world,” he says. “And correspondent with that there is this deep sense of loneliness which comes from operating exclusively in this space … Corporate intimacy is a way of compensating organizationally for that. At a very fundamental level, it’s sitting face to face as opposed to transacting through [devices] … It’s also understanding that because of these devices and because of the way the marketplace is going, brands and businesses have a much greater need to stand for something. People value their emotional experiences, and they value their brand experiences, so there’s billions upon billions of dollars out there invested into telling stories around authentic experiences.”

Bower’s method helps companies tell their brand stories by undergoing a discovery session to uncover those authentic qualities and turning that around to create processes or campaigns that emphasize those intimate human qualities.

The Age of Loneliness
Bower’s road to “strategic storyteller” was literally travelled on foot. In 2010, heartbroken from a breakup, he set out to walk from Vancouver to Mexico. Outfitted with a backpack, a tent and a Therm-a-Rest, he spent 316 days on the road, meeting “thousands” of people.

“Because I was, and am still, so earnest in every conversation, I wanted to go deep, and I found myself over the course of these thousands of conversations learning how to hear people, not only how to listen but also in terms of the way they present themselves and the way that they carry themselves,” he says. “It turned into what I do. At the beginning of the trip, I was insecure and heartbroken, and by the end of my trip I was looking everybody in the eyes so intensely. And what I heard from people was that they felt lonely and disassociated and were looking for a place to belong.”

Drawing on his business degree and his “acute emotional literacy” as a listener and taking what he saw as a fundamental shift in the world — what he calls the “age of loneliness” — Bower set out to help businesses understand this shift and learn how to transform it into something useful and valuable. This led to his process of helping nurture corporate intimacy.

He points to a Google workplace study that explored what made a productive, successful team. Over two years the company conducted more than 200 interviews with Google employees and looked at more than 250 attributes of more than 180 active Google teams. They learned that there are five key dynamics that set successful teams apart, but that psychological safety is far and away the most important factor and was in fact the underpinning of the other four, which are dependability; structure and clarity; meaning; and impact.

“Psychological safety in my language is akin to intimacy,” Bower says. “When we trust each other, we are way more likely to step across our preexisting boundaries and then start to change; if we’re working with the stuff of change, which of course every business on earth is doing right now, then we need to feel trusting with the people that we’re working with.”

Bower believes that when an organization’s people sit together to collaboratively discover and build its story, that story becomes the foundation for its culture, strategy, design and communications. It can also form the relationship between a business and its market.

Real-World Results
His unique story-finding and process design methods have benefitted a range of clients, including Alcazar Capital, The Robert Bateman Centre and Advocis, the Financial Advisors Association of Canada.

An example of the Bower method in practice is his recent work with Tourism Ucluelet. The agency was in the process of rebranding its website but was having difficulty finding agreement on a marketing strategy that worked for the people in the community. Residents were worried about attracting the right kind of tourists but they also wanted to maintain their unique identity. Bower was brought in to run a two-day focus group with 27 community members.

“Imagine this if you can,” says Brent Hohlweg, president and founder of Steam Train Creative, one of Tourism Ucluelet’s partners. “You have a small town, and the people have been here since the late 1800s, so there’s a lot of history in the area, and Jordan has to bring a cohesiveness to our message and bring a story out of a community that has a lot of different stories and a lot of different points of view, as any town will have. He took all these great voices from our community and history, and managed to work us through an entire process where late in day two we were able to understand what we were bringing to the world.

“It wasn’t just the Wild Pacific Trail,” he adds, “but the opportunity to escape the bustling city. We’re a stress-free zone. All these people have chosen to be here. Let’s trademark that. We’ve built entire campaigns around that. Our new feature video, our new website — everything is built around the messaging, ‘Choose to Be Here.’ All of that because of Jordan.”

The Choose to Be Here campaign will launch this summer. Bower believes the authenticity of the message will resonate with Ucluelet’s potential market. And so far it seems he’s right. A “Stress-Free Zone” billboard, which came out of the storytelling seminar, went viral on Facebook in April.

“It focused with laser precision on the message we needed to tell to the world,” Hohlweg says.

The session in Ucluelet was so successful that the locals are hoping for another community session with Bower to tackle issues facing the district, beyond tourism — something Hohlweg calls “huge for us as a town.” And it lends credence to Bower’s self-identifying as a marriage counsellor for organizations.

“If you want to really work with someone’s inner potential and their fear of expressing that inner potential, then you have to be able to sit with them and work with them, both one-on-one and as a group,” Bower says. “So I definitely think there’s something therapeutic about my process.”