On the surface, he’s everything you’d expect in the president of a successful advertising agency like Hot House Marketing, but don’t be fooled by his bow ties, arty socks and creative work digs. Dan Dagg is not a surface kind of guy. To wit, his conversation is threaded with words like heartfelt and collaborative, even when he’s talking about economic development.

As I interviewed Dagg in his Design District office (a former police after-hours club), there was every sense the newest chair of the Greater Victoria Chamber of Commerce is part of an emerging era of business thinkers whose approach is less competitive, more collaborative. Indeed, he heads up an increasingly collaborative and diverse Chamber that would probably baffle its 1860s-era founders, except, perhaps, for a few nagging issues like amalgamation. But Dagg has his own thoughts about that too.

Why did you want this very big job?

At first, I didn’t, then I spent so much time around the board table that I began to believe I might do a good job, and they asked me and I said yes. I think my success in getting the South Island Prosperity Project off the ground gave me the confidence that I would do a good job in this role.

As the Victoria Chamber’s new chair, what key issues will drive you?

Fundamentally, I feel my focus will be on collaboration and getting the message out that good business is good community. I practice a heartfelt leadership style, and I think some of that will permeate out.

What’s the biggest myth about business that needs busting?

David McMillan, former CEO of Island Farms, said the most important thing in business is cash in and cash out. All the rest is tertiary. I’m a little more heartfelt and emotional, so I don’t like to think that, but it’s fundamentally true. If you want a better answer, one of the things I often say is that nothing ever happens until somebody sells something.

I won’t use the word amalgamation. Amalgamation is a tactic, okay, and it may or may not work. What we need is good governance — good collaborative governance. So I don’t care if it’s 13 municipalities, four or one, I want a system that works.

I think it’s significant and it requires people’s attention. And I don’t think it’s that people are too lazy to get a job or work. There are often addiction or mental health issues driving it. It’s such an extremely complex issue that no one group can solve it. It takes all of us — not just the municipalities and not-for-profits, but all of us as citizens to reframe the way we think and approach it.

I believe in fair competition that involves equal and fair taxes and regulation.

Look into your crystal ball and imagine Victoria 10 years from now. What does it look like?

It would be a Smart City with a strong sense of pride, a city where all of our children could find good paying careers and jobs and not have to leave the Island. And it would be a city in which the quality of life is high. That means affordable housing, and [solving] environmental issues and dealing with our traffic and commuting issues.

Anything else our readers really should know about you?

No! [laughs]. Only that I’m all about what I would call the greater good. Almost everything I do is around that, and I want people to understand that prosperity is not a zero-sum game. So if one person prospers, it’s not necessarily at the expense of another. If we do this right, we’re all prospering … Let’s grow the pie, not just our slice of it. 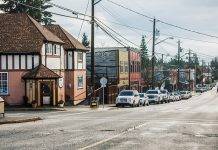 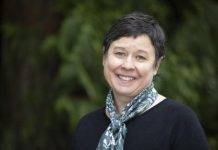 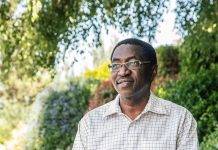