When many of us think about creativity in workplaces, we think of places like Victoria multidisciplinary design firm Studio Robazzo where creativity is the whole point.

But as valuable (and as cool) as businesses like Robazzo are, to align our mental model of creativity with them poses a risk: We might miss the point of creativity in our own organizations.

Creativity isn’t the exclusive domain of creative industries. At its core, it’s a fundamental part of what we do (or should do) every day in every kind of business. Creativity is the only fuel of change. Avoiding it just because you’re not a so-called creative business is like thinking, “Money is what the banks do. I don’t need to worry about money.”

Creativity and cash each play important and central roles in change, improvement and growth. Creativity is no more of a “nice to have” element than cash.

When a material handler in a distribution business designs a new wedge to prevent expensive piping from rolling off the forks of a forklift, she’s being creative. When a clothing retailer finds a way to track the performance of print ads by split-testing product images in two different publications and tracking the images customers refer to, he’s being creative.

Anyone who is improving or transforming any aspect of a business, no matter how mundane the process, is being creative. The entire change and improvement is only possible because of human creativity.

A first step in organizational performance is to understand how foundational, and in some ironic sense, mundane creativity is. When we realize how necessary and basic creativity is, we can better benefit from it in our organizations.

If misunderstanding what creativity is and how it connects with business is a primary roadblock, what else gets in the way?

The answer is culture. And the main aspect of culture is safety, or the lack of it.

Psychological safety in an organization is built from many different inputs, large and small. But the most important are safety to tell the truth and safety to take risks.

The other day, a newly-minted executive in a manufacturing organization told me he had been asking questions about a new endeavour to which the more seasoned executives in the organization had committed. He was comfortable with the direction, but he still wanted to understand the objectives so he would know how to play a role in supporting them.

This is exactly how organizations fly their planes into mountain sides. No one bothers to speak up, even when many on the team can plainly see the danger ahead. When people don’t feel safe, they don’t take chances, they don’t ask questions, they don’t tell the truth.

The creativity that drives improvement and growth requires people to feel safe. We need to hear the truth to know which areas of our businesses would benefit from improvement. A culture of sweeping things under the rug is one where change never has a chance. We don’t know what to improve in organizations when our people hide the problems.

We also can’t benefit from creativity when our people won’t risk trying something new and failing. Creativity, by definition, is a risky activity. It’s all about creating something that never existed before, or changing something to behave in a way it has never behaved before. It’s being in a place where no one has been before. There are no guarantees and the risk of failure is high.

Even if we know what to improve, the chances taken to attack those improvements creatively will feel too risky if people are punished at the first — and every — sign of failure. Failure must be an option.

Here are some things you can put in place to ensure your organization’s culture supports its growth through the creativity of its people:

Go beyond whistle-blower. Any organization with employees should have a whistle-blower process in place. But we have to go further. The safety to ask respectful questions, to question the status quo, to ask leaders and managers to explain the why of a decision, should be OK. And we have to tell people it’s OK. We may even need training in problem-solving, asking questions or active listening. After all, telling the truth can be sketchy territory, and we can’t assume everyone comes equally equipped to navigate it.

Manage change. Effective change management reduces the likelihood someone has to question a decision that’s already been made, because good change management is collaborative out of the gate. It works hard to understand the stakeholder map, the impacts of a change on people and what good communication looks like. Collaboration increases people’s feelings of safety.

Mentor creativity. A formal mentorship process that supports and teaches the sequence of visualizing possibilities, understanding what’s shaping the current state, and how to get from here to there, creates a framework inside which people feel supported in taking creative risks.

Too often I hear talk about “motivating our people.” We can’t motivate others — people motivate themselves, driven by their own sense of purpose and belonging. Our job as leaders is to create the conditions that support people’s self-motivation. The same goes for creativity. We can’t make people creative. As leaders, our job is to design and create environments where it’s safe to take creative risks.

Our energies are not limitless. We can put them into protecting ourselves — or we can be creative. The former will always rob from the latter. Successful organizations ensure safe environments. In them, people can do the work of understanding, exploring, testing and risking the failure that comes with trying something new.

Without those things, growth is not possible.

Clemens Rettich is a business consultant with Grant Thornton LLP. He has an MBA from Royal Roads University and has spent 25 years practicing the art of management.

This article is from the February/March issue of Douglas. 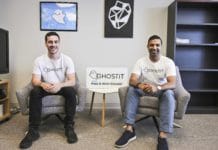