If you have an appetite or like to spend time in the kitchen, or just read recipes, Cook Culture is the place. It’s Jed Grieve’s new store in the Atrium building downtown.

“I’ve been kicking it around for a long time,” says Grieve. The big Dean and Deluca gourmet foods store in St. Helena, California, which he and his wife visited in 2002, was an inspiration. The scale of that store was “over the top” but he was impressed with the energy. “I thought to myself, ‘This is what Victoria can use.’”

His mother, Muffet Billyard Leake, and her Victoria store Muffet and Louisa, were other influences. Grieve worked for her until 2006 and got an early education in retail. He jokes that he’s been attending trade shows since he was a kid, but the experience helped in opening Cook Culture. “Two of my largest kitchen reps I’ve known since I was 12 years old,” he says.

Grieve was convinced Victoria would welcome another kitchen store on this scale, but didn’t expect Victoria wanted one quite that badly.

Cook Culture is a kitchen store first, with 2,400 square feet of retail space: knives, pots and pans, utensils, and ingredients. “We opened to overwhelming response right away,” says Grieve. One example: Muffet and Louisa might sell 12 to 18 pizza stones over a season, but Cook Culture saw its first order sold in a weekend.

Another popular feature has been cooking classes and “meet the chef” events, once a regular feature at Muffet and Louisa and now too at Cook Culture. Sellouts for the small gatherings are common.

Cook Culture has a teaching kitchen with an eight-burner gas range as the centrepiece. Instead of the typical mirror that reflects the cook preparing food, there’s a wide-screen television overhead.

Genevieve Laplante, a Victoria chef with wide experience from Zambri’s to Truffles, is culinary director and “house chef” at Cook Culture. Its first class was French bistro cooking. The store also has classes coming up with local celebrity chefs, such as Mara Jernigan and Don Genova. 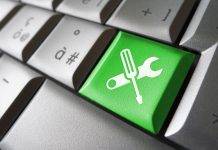