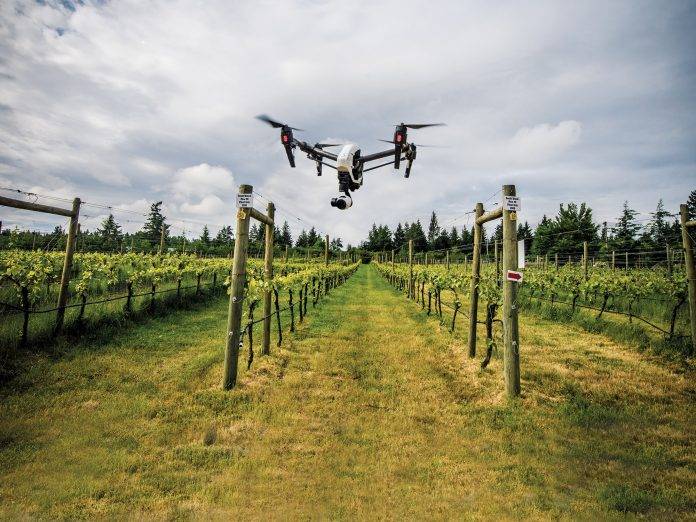 An innovative island vineyard looks to drones and data to understand its land.

When Layne Craig and his wife Brenda Hetman-Craig cashed in their retirement savings to buy a vineyard in 2013 there was no question of their farming philosophy. Craig was a fourth-generation farmer; his family had always grown crops in harmony with nature, not fighting it.

Immediately after renaming the Comox operation 40 Knots Vineyard & Estate Winery, Craig immediately ditched the Roundup and chemical herbicides the previous owner had relied upon. By planting clover and flax among the vines, he encouraged bees, which help fertilize the grapes and fight off the wasps. Free ranging geese and chickens gobble up bigger bugs. Two sheep keep the grass short and fertilized. Organic fertilizers and water are the only things he adds. “I know every vine on the farm,” he says. He calls it biodynamic farming.

But Craig’s no Luddite. He grew up dreaming of becoming a fighter-jet pilot, but poor eyesight meant that owning his own plane and flying for fun would have to do. (The name 40 Knots is a flying reference.) So when ASAP Geomatix asked if it could test its new agriculture software on his winery, he jumped at the chance.

“It was an opportunity to apply new technology and ideas with old-world farming methods and get the best of two worlds,” Craig says. The synergy ended up saving 40 Knots $7,000 in fertilizer costs, cut water use by 88 per cent and, the end goal, grow more quality grapes.

“They helped me understand what the hell was going on with my land,” Craig says. “I could diagnose the exact area where the vines needed more water or fertilizer.”

Terra Meets Tech
“We’re data specialists,” says Mark Sylvester, co-owner of ASAP. “Basically, we take high-resolution images and then figure out ways of pulling data out of them.”

Geomatix spun out of ASAP Avionics Services, an aircraft electronics service company based out of the Campbell River airport. After buying the winery, Craig brought his plane to ASAP to get some work done.

Around the same time, Sylvester was getting bored of the avionics. He started experimenting with high-resolution aerial photography, attaching a camera pod to helicopters and drones. By taking two photos of the same area but from slightly different angles a computer can stitch them together into a three-dimensional image. Plug in GPS data, and software can pick out individual trees, tell their height, interpret the shape of the land. Add different types of cameras  — infrared or ultra-violet  — and the software can tease out more information. At about 10 times a finer scale than Google Earth, it’s possible to pick out individual blossoms and pebbles.

The forestry industry was an early adopter of the technology. What would take a field team weeks to collect on the ground, ASAP could gather in a morning flyover followed by a couple of days in the office running the software. Plus, they could tell the company information about spacing and health of the trees that the people on the ground could never gather.

“Every time we do a job, we see another three potential uses of the technology we’re developing,” says Sylvester. The only trick was coding the software to filter out whatever variable the client wanted. That’s the company’s secret sauce, and his name is John Carley, an ex-pat from the U.K. He’s a pilot and coding nut. “It was a dream to be able to combine my two passions,” he says.

ASAP is not the only company using drones, photography and software to produce data like this, but most of their competition in Canada offers cookie cutter-data sets, while ASAP focuses on custom products, providing the exact data their customer needs. “The customer tells us what they want to know and then John figures out how to get it,” says Sylvester.

Carley’s coding ability generates a new product almost every week. Competition would be tougher outside the country, but the cameras and sensors are so powerful they’re considered military secrets, restricting cross-border operations.

As a part owner and technical-development manager, Carley’s figured out a lot of ways to manipulate photos, including measuring the volume of potholes in a road so repair crews could better estimate their needs, counting returning salmon in a river more accurately than a human, ID-ing old-growth trees in a forest, and telling a farmer a lot about his crop. To test the agricultural potential of their technology, they reached out to the only vineyard owner they knew.

Getting the Big Picture
Because 40 Knots is surrounded by homes and acreages and is on the flight path of planes landing at the Comox airport, ASAP used a drone instead of a helicopter to photograph Craig’s 24 acres of vines in 2016. (Deciding between the two methods comes down to size and location of the survey.)

First, the drone flew a pass with a regular camera, then with an special camera designed to capture chlorophyll and water content of plants. In total, it took 2,000 images to capture the whole farm.

When Carley combined the images and ran them through the software he’d written, he thought he’d made a mistake. The chlorophyll image was all blobby. But for the guy who knew every vine, it answered a lot of questions.

“There were eight ‘holy shits,’ six ‘huns ‘and 12 ‘thought sos,’” Craig remembers. “ASAP gave me the impossible: one whole picture of one entire farm at one moment in time. No matter how fast I walk, I can’t do that.”

“The data allows you to visually see what’s going on,” says Carley. “It allows the customer to be proactive, not reactive.”

The various pictures showed Craig where to fertilize, right down to the individual vine. He could see how the water drained, in a way invisible to the eye, leaving some areas parched and other spots soggy. He could even see an area of disturbed soil he’d never noticed before.

Using the data, he focused his watering and fertilization efforts. Compared to 2015, the data helped him cut water use from 9,000 cubic metres to 800 and reduce fertilizer applications by 35 per cent. The $3,000 flights saved $11,000 in costs, Craig believes.

Combined with improvements he was already making around the farm, the grape harvest was 41 per cent larger.

Craig plans to run drone flights in 2017 and again in 2018 to give him a good baseline and to fact-check the changes he’s made.

Dimensions of Success
ASAP took what they learned from working with Craig to other wineries, both on Vancouver Island and in the Okanagan. “Every project teaches us something new that we can take back to other industries,” says Carley. “The potential is huge.”

Craig feels the same way. A year after the drone flight, he is still sifting through all the data ASAP provided and translating it to what he sees as he walks through the vines.

“It’s like being able to see in four dimensions,” he says. “There’s nothing like sight from above to really see what’s going on. It’s way too cool.” 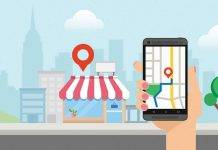