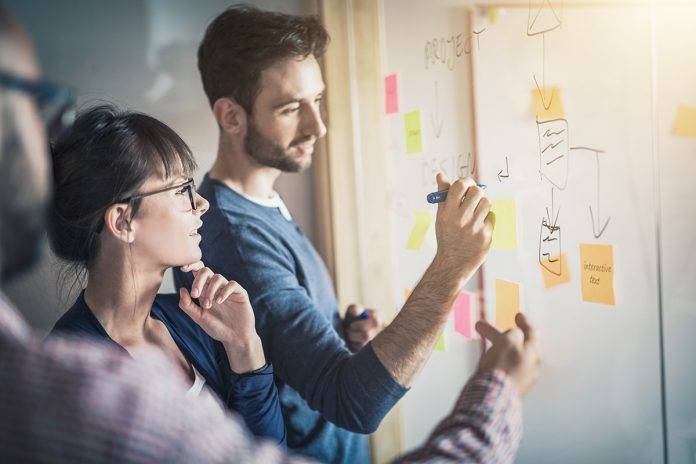 Okay, so we’re in fiscally challenging times, but how it affects you as a business owner or salesperson depends more on how you handle yourself during these difficult times than the economic circumstances you find yourself in.

I have had some of my best sales days when my competitors were wringing their hands in despair, and so can you!

The fact is that anyone can sell during good times, but it takes skill, enterprise, a positive attitude, and a lot of creativity to sell when pickings are slim. My top 10 strategies will, I hope, provide you with some ideas to get you thinking about how to sell in a tough market.

10) Don’t jump to the most obvious conclusions, and don’t buy into the media message: A friend of mine told me about his grandfather who owned a Ford dealership back in the early 1920s. When the Great Depression hit in 1929, sales slowed down. People were simply not buying Fords, so he sold the dealership. There may not seem to be much of a message in that, but it’s what he did with the money he made from the sale that might surprise you: he bought a Cadillac dealership! He realized that while the ordinary man in the street was going to watch his pennies very carefully, many business people would want to show that they were still solvent. Not only that, he realized that, once the recession ended, these same business people would want to reunite themselves with their beloved status symbol. And did they ever! By the early ‘30s, there were 140 different new Cadillac models in the showrooms!

9) Look and act successful: People like to deal with successful people. Think about it. If you have a choice between buying from a rundown business that looks like it will be closing next week, or a well-organized efficient business, which would you choose? The same goes for you as an individual. Your prospects are far more likely to buy from a confident, committed, well-dressed salesperson than one who looks like he or she is down on their luck. Image is an important factor in success.

8) Be more creative than your competition: There is always business to be had, even during an economic downturn. People are still buying, but just not as much. In tough times, you have to stand out from the crowd and make sure you get more than your fair share of a shrinking pie. I heard about a saleswoman in the United States who stuck her business card onto small boxes and filled the boxes with candy, Smarties to be precise. She then went cold calling to prospective customers, leaving her candy-filled box with every receptionist or prospect she met. This creative and inexpensive approach led to more callbacks than she had ever experienced before. She became known as the “Smarties” lady. What a great way to stand out from the crowd!
{advertisement}

7) Plan your sales activity more than ever before: Planning is not just for people starting a business: salespeople should plan too, especially when times get tough. Take more time to think about which prospects are most likely to need what you sell, which are in the best position to buy, and which markets are least affected by the downturn. Then plan your sales approach in a tactical manner. Is there a gatekeeper and how will you get past them? Can they “coach” you about the best person to see and the best approach to take? As things get difficult, salespeople often try anything and everything to get sales and become undisciplined. The key to riding out the tough times is to have a well-thought-out sales strategy.

6) Work harder – see more people: At the end of the day, sales is a numbers game, so once you have planned how you are going to approach your market, create the largest prospect list that you can given the criteria you have set yourself. Then simply call on more people than your competitors. This is not a time to sit back and wait for things to get better: this is when you have to go out and get what business is still out there.

5) Network, network, network: It is often said that being in the right place at the right time is the key to success. In these uncertain times, this has never been truer. Think about it: who is most likely to be attending events? The companies struggling to make ends meet? Those corporate executives with their heads in their hands? No! Most likely, the corporate social network will be peopled by those who are upbeat and looking forward. This is where prospects and opportunities hang out. Circulate, watch, and listen and opportunities will surface.

4) Use education as a lead-generation tool: People are looking for answers during tough times and often can be more open than usual to offers help and guidance. Several years ago, when business was slow in my management consulting business, I organized a series of five breakfast seminars for local business people. One of the seminars was based on teaching the audience how to write a winning proposal. Writing proposals was, in fact, one of the services my company offered, so why would I teach people how to do it themselves? First, by holding a seminar, I got people interested in submitting proposals to come to me, thus qualifying my market. Second, it gave me an opportunity to show that I was an expert at writing proposals. The result was that several people came up to me at the end of the seminar and asked the one question I was hoping to hear: “By any chance, do you write proposals for companies?” My answer? “Well, it’s funny you should ask — actually I do!”

3) Don’t stop promoting yourself – just do it wisely: It’s amazing how many people in business panic when there’s a downturn in the economy and cancel their advertising and promotional activity. This really doesn’t make sense. Just when they need to have a higher profile than their competitors, they go into hiding.

I recently spoke to two different friends in real estate about how things were going. One of them looked incredibly depressed and said that things were really bad and that he didn’t know what he was going to do. He was scaling back on everything, including advertising, networking, and volunteering, and just hunkering down. The other gave me a broad smile and said that people were still buying, just fewer of them, and that she had increased her advertising, was attending more events, was looking for more opportunities to get involved with community events, and was highly optimistic about her future. Now, I’m a writer, speaker, and trainer. Who do you think I am going to talk about when discussing the current economic situation and recommend when I hear someone is either buying a new property or selling their house?

2) Be enthusiastic: Nothing, bar nothing, sells better than enthusiasm. Enthusiasm is contagious and is never more important than when people have doubts about the future. Prospects need to see that you are confident — they need to feel good and believe that things are going to be okay and that everything is going to work out. The realtor I mentioned earlier, Tracy Fozzard of ReMax, is always upbeat, always confident regardless of the state of the market. That’s why she is so successful.

One of the most successful sales techniques I have ever used with a sales force was to suggest that each sales representative keep track of how positive their attitude was every day for a month. I asked them to take a moment every morning to assess how positive they felt on a scale of one to 10 and note it in their diary. I have always felt that the best time and place to do this is when taking your morning shower because you are free of distractions and the lethargy of the night is literally being washed away.

So, how does it work? While you are in the shower, if you feel your attitude is hovering around a four and that the day ahead is going to suck, then, congratulations, you’re probably dead on! So, give yourself a good talking to and remind yourself that whatever attitude you take into your day will dictate how successful you will be.

Try to think more positively and get that four up to six or seven at least.

If you think this all seems a little fanciful, or new age perhaps, I should tell you that when members of one of my sales teams tracked their attitude ratings, there was a direct correlation with sales success. Higher self-assessed attitude scores resulted in higher sales, and on the days where salespeople were showing poor attitude ratings, sales suffered significantly.

I’ll leave the last word to Charles Swindall, who said, “I am convinced that life is 10 percent what happens to me and 90 percent how I react to it. And so it is with you. We are in charge of our attitude.” 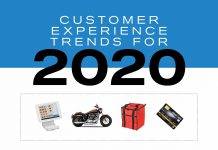 The Customer Experience Trends of 2020 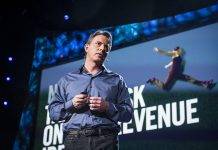 The New Rules of Giving Back 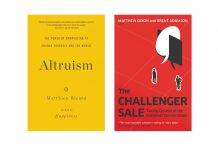 Business Books to Read for 2020